Live painting at the reception party for Tokyo 2020 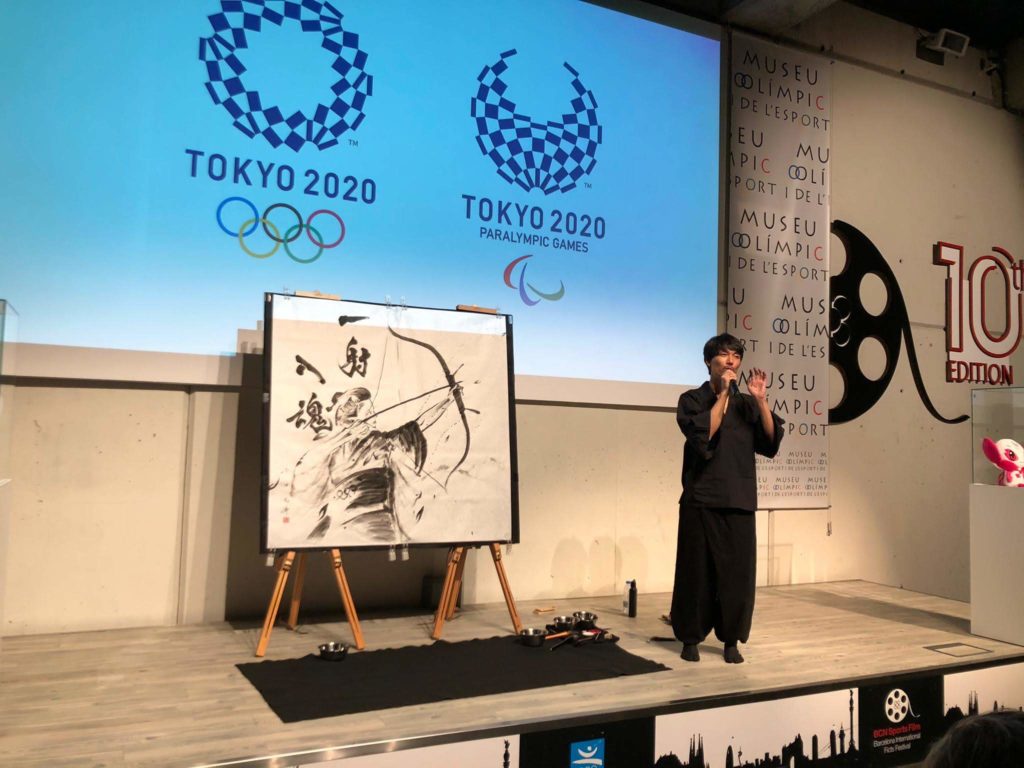 Thanks to the Japanese Consulate in Barcelona, I did the demonstration at the reception party of the Tokyo 2020 Olympic Games at the Olympic and Sports Museum Joan Antoni Samaranch. I have painted Maiko performing archery remembering the opening of the Barcelona 92 Olympic Games. 一 射入 魂 (isshanyuukon) concentration 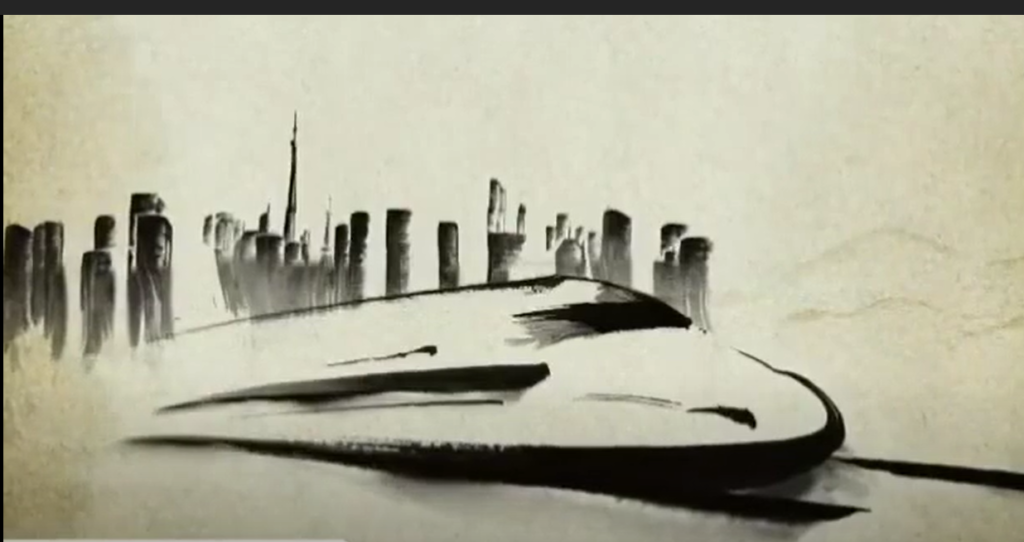 My painting became alive thanks to the animation of Prateek Mathur and Chief TV project for JETRO. 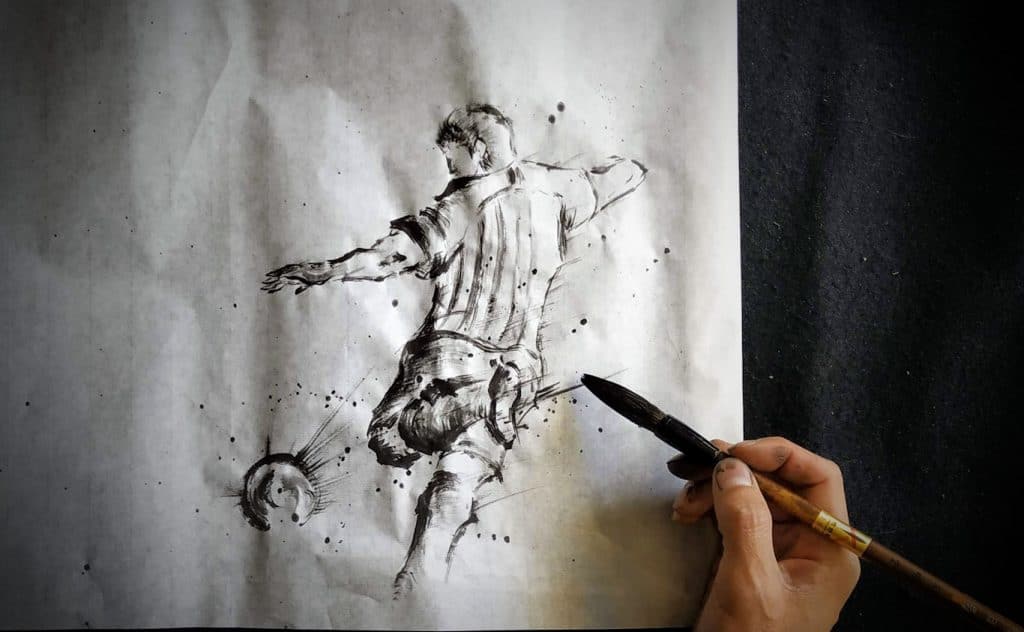 l did the Sumi-e live painting at the special stand of #Rakutenand #JNTO in Camp Nou, FC Barcelona stadium before the match against Valencia.
Thank you very much for 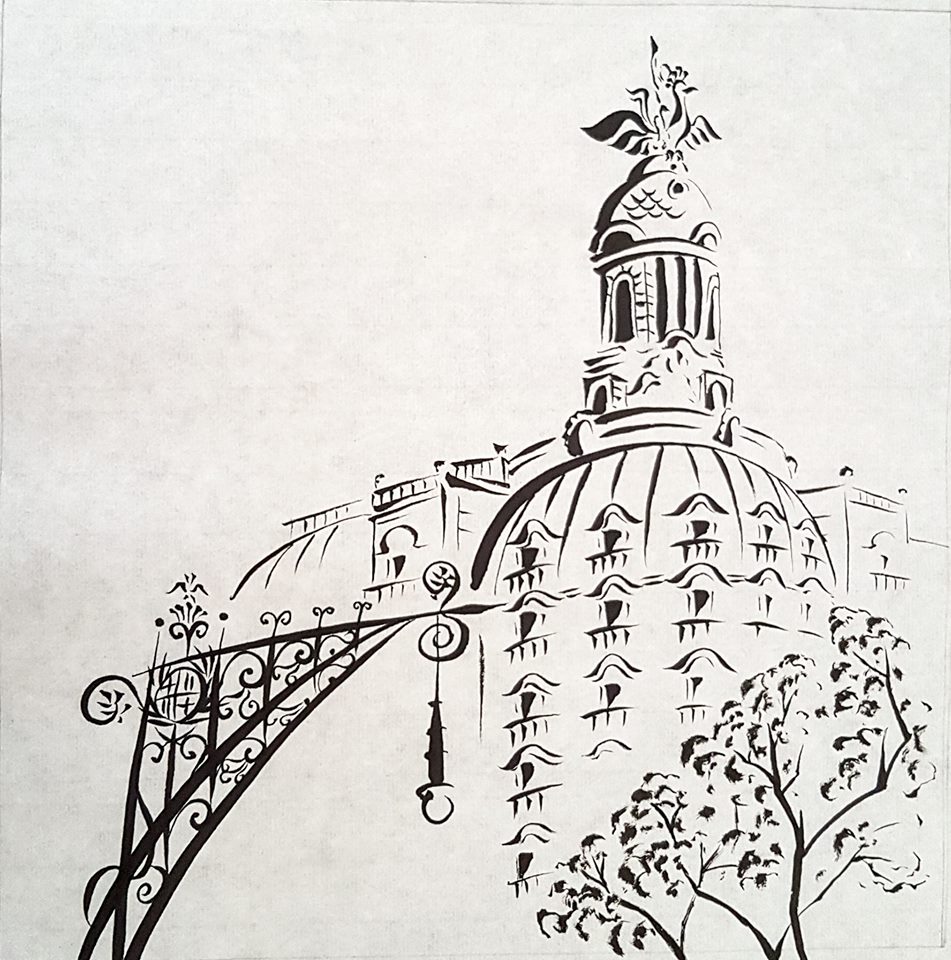 New opening flagship store Muji Passeig de Gracia Barcelona, I was asked to paint the building of the new shop of ‘ The Union and Phoenix’ for their tote bag. I did the painting thinking with the minimal concept of the brand. #Muji #Japaneseart